Colonel Thomas Welch (retired) is a 1984 graduate of West Point and served 27 years in the Army.  He now teaches High School math for the Tandem School.  He also holds a certificate in Youth Ministry from the University of Dayton.

Tom has been a Scout Leader since 2002.  He served as Asst Cubmaster, Cubmaster, and Asst Scoutmaster prior to assuming duties as Scoutmaster in 2008.   Since then over 60 Scouts have achieved Eagle under his tutelage.   He is an Antelope from Woodbadge Class 92-55 and a recipient of the District Award of Merit.  Every unit he has led has achieved excellence status and the chicken pin every year.

Steve Carlin is Assistant Scout Master in charge of the First Year Scout Program for Troop 2319. Steve joined the Cub Scout program as a Den Leader with Pack 1714 in 2010 and helped guide two dens from Tigers to Webelos. He was also the Committee Chair for Pack 1714. Steve crossed over to Boy Scouts with his first Webelos Den and became an ASM in 2015. He lead a Crew of 16 Scouters to Northern Tier in 2018.

Andrew Budzinski, at 24 years old is one of the younger ASMs in Troop 2319. He started his scouting journey as a Tiger Cub in Cub Scouts and continued through Boy Scouts earning the rank of eagle in January 2018. He enjoys teaching scouts and likes the life skills it embraces. So when he showed up to his first scout meeting after his 18th birthday and was handed an Adult Application, he thought what could be better than continuing his scouting career by passing on his skills to the next generation and he’s been acting as an ASM ever since.

Since that day, Andrew has picked up a few more roles. He is also am the primary Equipment Coordinator and works with the Youth Quartermaster to make sure the troop has all the gear it needs to go camping. More recently Andrew has stepped up as the Chapter Advisor for the Order of the Arrow, Kennesaw Chapter. In this role, he works directly with the youth Chapter Chief to coordinate Order of the Arrow activities within all of Foothill District.

Hi, I’m Greg Leftwich. I am all about the outdoors. I love running, biking, swimming and have even participated in marathons. Naturally, Boy Scouts is a great fit for me and my son Will. I enjoy working with all the scouts and seeing all the fun they have on campouts and activities.

When I heard this group of individuals was forming a new troop, I knew it was the place I wanted my son and I to be. Troop 2319 is young troop, but has leaders with decades of experience in the scouting programs. I am happy to be hear and love that I got to be a part of this troop’s formative years.

Hello, I’m Larry Hamaker. I’m one of the ASM’s at Troop 2319. I’ve been enjoying scouting with my son David since he was a Tiger at Pack 1714. We love the camping, the great trips, and being part this outstanding group. As an ASM I get to be a part of the process of guiding new scouts on the path to Eagle. It’s great to see them learn new skills and develop their leadership abilities.

We looked around at a few Troops before deciding; so glad we connected with Troop 2319. Dedicated leaders and engaged scouts are the hallmarks of this group. Hope to see you around the next campfire.

Hey everyone I’m Maggie Welch! Currently, I’m a freshman at GSU’s Honors College majoring in neuroscience. I’ve been in various scouting the majority of my life. I was in girl scouts starting in kindergarten and recently finished up earning the Gold Award, which is the highest rank in Girl Scouts. In high school I joined Venturing where I have been able to be a president and vice president of a crew for several years, staff National Youth Leadership Training, and earn the Discovery Award (second of four ranks) as a Venturer.

Now that I’m about to age out of Venturing I have joined Troop 2319 as the assistant advancement chair as well as an assistant scoutmaster so at every scout meeting I work with scouts to get their requirements sighed off by others to help them advance. I love Scouting and I hope to continue Scouting with all of you.

I’m Nick McFadden, and at 18 years old I am the youngest, and newest, ASM with the troop. I began my scouting career as a cub scout at 9 years old and I have been involved in scouting ever since. I earned Eagle Scout in December 2017 with another troop, and then became a founding eagle of 2319. After I turned 18, I decided to continue his scouting career as an ASM. I enjoy being outdoors, mentoring the younger scouts, and going on troop outings. I’ve been with the Troop 2319 family for many years and we always have so much fun. It’s a wonderful troop organized by the most amazing people, and I couldn’t be more excited to be here.

Life scout, sea scout, explorer, cub den leader, assistant scout master and merit badge counselor; OPA Tom Schmeltzer has been a scout and scouter for more than 60 years.. OPA was inducted into the Michigan’s Order of the Arrow’s Ag-Im lodge as a youth and continues to be active with Kennesaw’s Egwa Tawa Dee Lodge.

OPA Tom is a certificated master educator of 50+ years. He and his daughter were among the first interpreters at the Georgia Aquarium. Along with his Eagle scout grandson, OPA volunteers as a docent at the Chattahoochee Nature Center. He is a certified Georgia Master Naturalist and avid fly fisherman. OPA is SCUBA certified and is trained in Wilderness First Aid.

OPA believes that every scout CAN succeed if challenged and nurtured. As the Life-to-Eagle Coordinator for Troop 2319, OPA will help scouts “plan their work and work their plan” on their path to Eagle! 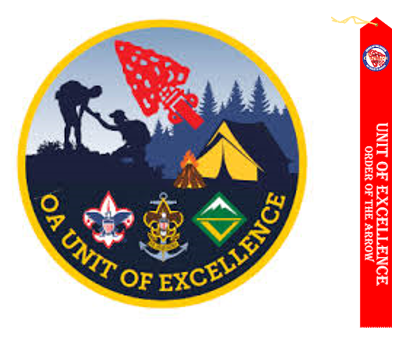