The Troop had an absolutely fantastic week at summer camp! With 40+ people in camp, the troop just barely fit into its favorite campsite at Woodruff. Unfortunately, early numbers for next year already indicate we will once again have so many scouts that we will have to camp in a different site. What a great problem to have! We did experience a little rain on our first day up at camp, but that quickly got out of the way and we were presented with some of the best weather we’ve ever had for summer camp. The temperatures were comfortable during the day and cool at night. Just perfect for a week of camping. Check out the daily recaps below and don’t forget to check out the Summer Camp album for all the great pictures that the leaders & youth took throughout the week!

Monday: Brendan Scavelli was a Troop hero today by earning three requirements toward honor Troop. He fired three rifle shots that could be covered by a dime, fired three arrows into the bullseye, then caught three bass in the lake. Jeremy Andre earned a slushy chip for his cheerful service to other Scouts at meals and Xan Mihill earned the other slushy chip for working extra hard during the shower house cleaning.

Tuesday: The boys were in great spirits as they continued to work on their merit badges today. After lunch the rappelling tower was a huge hit. As some of you know, we are released from dinner formation based on a random criteria discovered after we send a scout to the flag pole. Tonight we sent Avery. Then they announced that the troops would be released from dinner from lowest to highest rank. The other troops’ scouts shook his hand as our troop ate last. Dead last. What a glorious loss.

Wednesday: Merit badges continued today with almost perfect weather. Larry and Andrew headed home and welcomed Todd and Opa for our midweek leader swap. We had 4 boys have a great time on the trail ride and 16 went out in the white water raft trip. (pictures 107-111)

Thursday: Several older scouts went on the Ocoee rafting trip (pictures 3835-3843) and several others made the trek to the Davis Inn. Leader’s were also invited to a special dinner put on by the camp staff.

Friday: We have nice crisp cool weather this morning and everyone is in their sweatshirts. The boys are having lots of fun and we all are enjoying the cooler temperatures. Today the boys will finish up their merit badges. We have two scouts swimming the mile swim this afternoon so we will be cheering on Nick and Thomas. We’ll see a few of you this afternoon/evening for family night. Remember gates close at noon and the troop is camping in campsite 16. Don’t forget to pick up a sandwich or a bucket of chicken on the way to camp if you forgot to RSVP for the troop’s chicken dinner at our campsite. 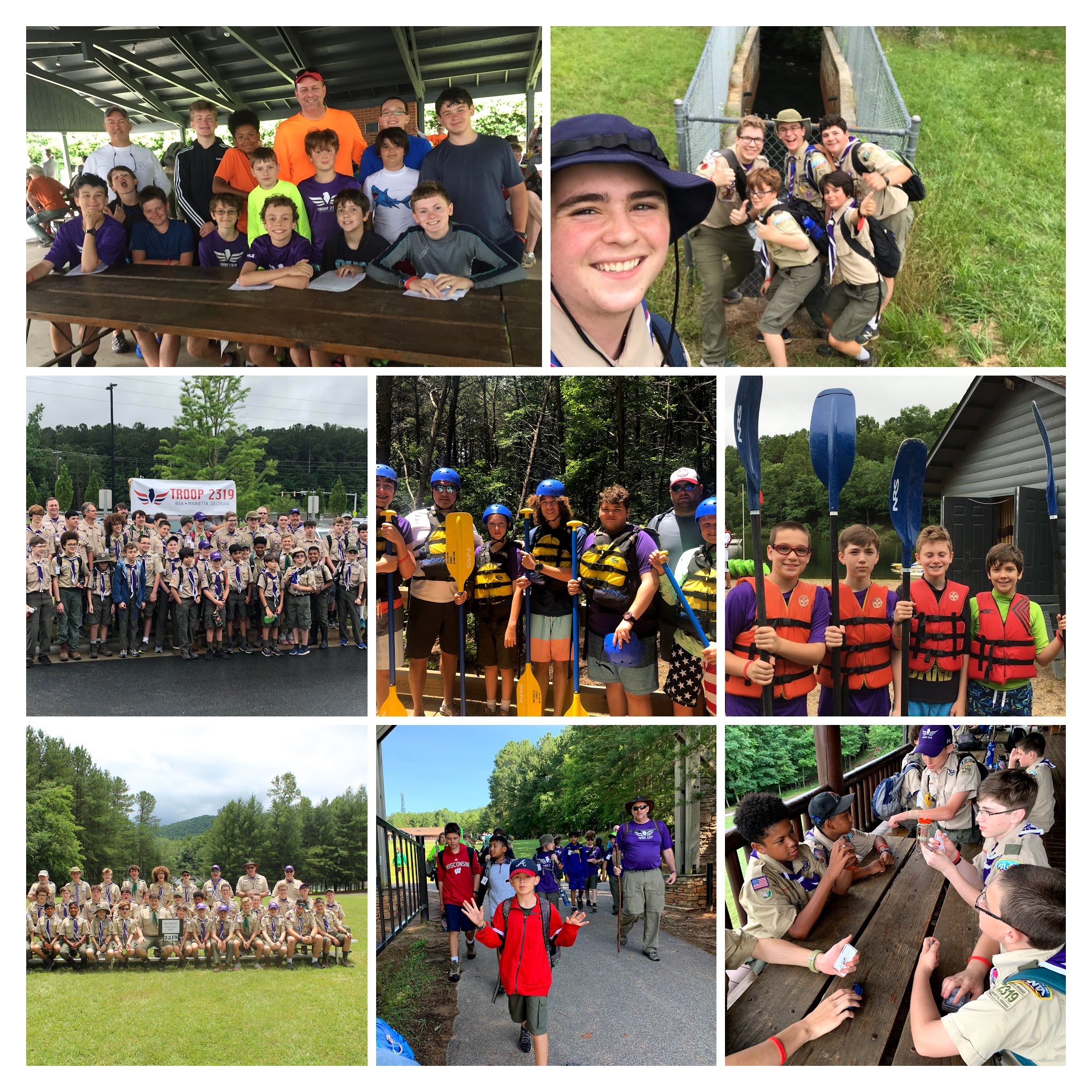